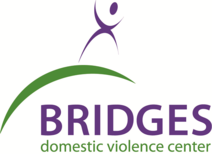 I was married to a man who did everything in his power to hurt me mentally, financially, physically, and sexually. I was with him for 13 years, and he was a great husband until the last couple of years. He changed.

I educated myself and started a business, and he tried everything to stop me. It seemed the better I did business-wise, the more controlling he became.

He started not paying bills. Withholding sex. Ignoring me. Calling me names. One night, I woke up to him yelling at me at 3:00 am. He had a knife hanging on the bedroom wall, with a 10" blade. I woke several nights to being hit. He said he was sleeping and didn't know he was doing it. He scared me.

I proceeded into my business, refusing to give up, and he got more ugly daily. It ended after a 911 call to police, when he threatened to smash my office equipment, and hurt me.

I got an order of protection and had the police remove him. My divorce was final last year.

I didn't realize that I was suffering from PTSD until I talked with a friend who is a psychology technician.

I am dating a good man now. He took me into a jewelry store just to look. I was so stressed out, I wouldn't look at anything, and stayed back. All I wanted to do is leave.

I didn't realize I am worried about commitment.
I didn't understand what was going on, why did I react that way?
I don't like the feeling I had at all.

Even after this long, the emotional wounds haven't healed.  I am currently in counseling, and pray I will return to the person I was prior to suffering through the abuse.